I am Speechless — Babel by WELLFLOAT

I am Speechless - BABEL by Wellfloat

The “Babel” is invented by Ryoji Nagata, the President of Wellfloat.  The world renowned famous car designer Shiro Nakamura who designed GT-R and Fairlady Z respectively at Isuzu Motors and Nissan Motors is responsible for the aesthetic design of it.  The “pendulum” technology is taken to the extreme in the Babel project.  Wellfloat claims it can annihilate mechanical vibrations at the molecular level measured by nanometer (the size of a molecule is 10 to the power of 8 divided by 1, which is about 10 nanometers).  It is a circular metallic object that measures 175mm in diameter and 65mm in height with a weight of 2.9kg.  It resembles the arc reactor in front of Ironman’s chest, and the 4-layer pendulum structure pivots somewhat to the configuration of energy cube in “Transformer”.   It is quite a sight when I hold it in my hand the first time.  Unlike isolation feet with a common 3- or 4-point support schematic under the corners of audio electronics, the single piece Babel is designed to be precisely placed under the “centre of gravity”. 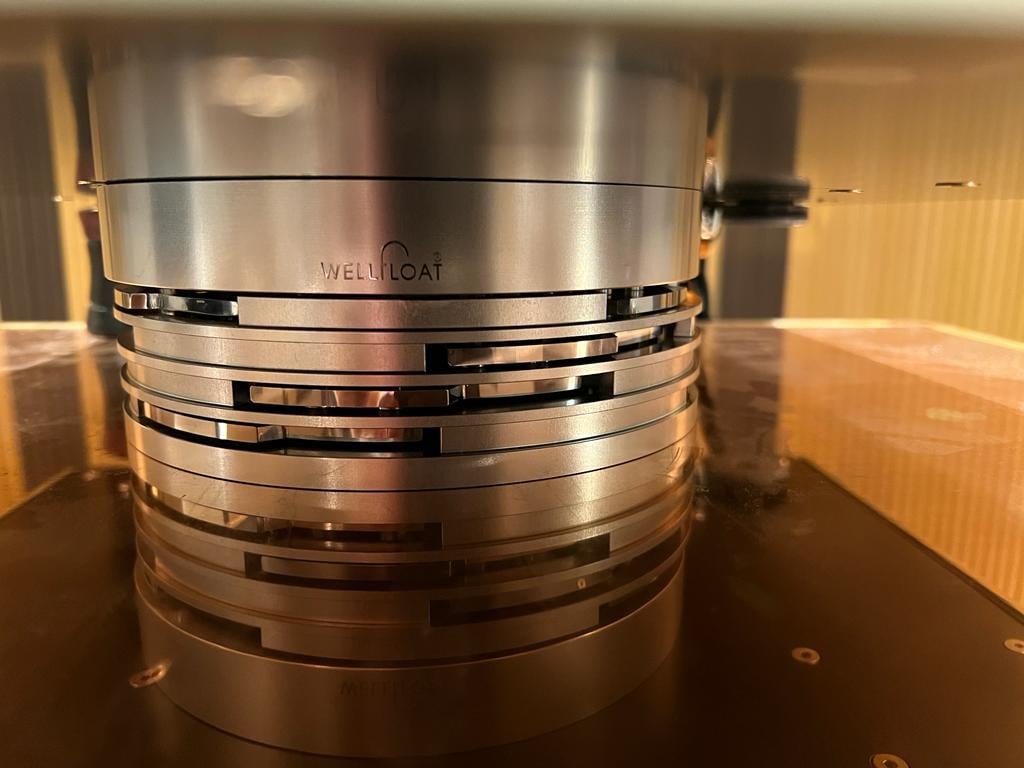 The context of this report is written from the perspective of music knowledge (I am learning all the time) because audiophile vocabularies are inadequate to describe the merits of the cutting edge.  The Babel is placed under the centre of gravity under Robert Koda K15EX Super Ground Preamp in Divin Lab atop the Pranawire Anapurna board with Arya Revopod underneath sitting on top of the Well Float Ultimate Reference Rack.  The recent addition of the Arya Air Blade Signature Edition had already leapfrogged the system to uncharted area particularly in terms of diction resolution.  Thus, I do not expect major improvement shortly.  I listened to the system intensively for a week, 5 sessions of 2 hours each on all type of music from vinyl (Thales Statement Arm, Exquisite/EMT, JMF Audio PHS 7.3 phono stage, Da Vinci Gabriel/Hartvig Statement analog turntable), CD and server (Wadax Atlantis Reference DAC/Server).  I jotted down long notes, digested them, and verified my founding with references to additional reading on the subject of “musical notation”. 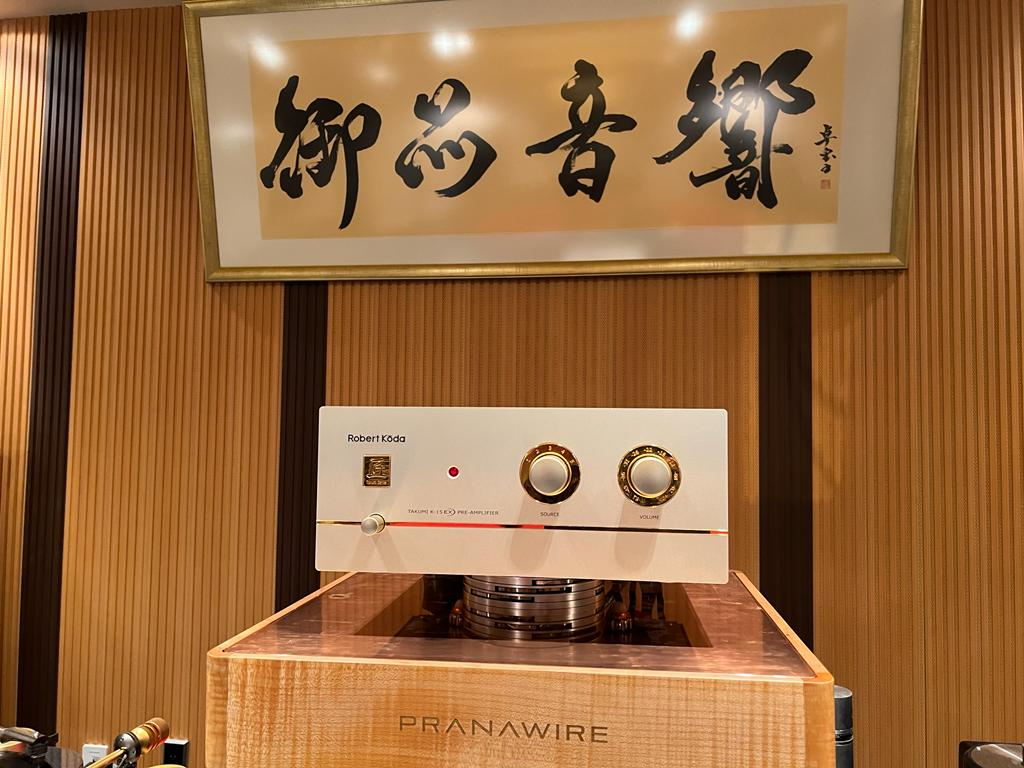 In music, the dynamics of a piece is the variation in loudness between notes or phrases.   They are indicated by specific musical notation.  The two basic dynamic indications are:

The typical range of dynamic markings is from ppp to fff.   The very last 40 seconds of The “Schindler’s List” performed by Anne Sophie Mutter in whispering volume is an example of ppp or even pppp.  Likewise, Tchaikovsky marks a bassoon solo pppppp (6 ps) in his Pathétique Symphony.  And the baritone passage of “Era la notte" from Verdi's opera Otello uses pppp.

On the contrary, fff indicates extreme range of loudness.  Such phenomenon is brought to life by loud instruments such as horn, brass and percussion playing all at once.  For example, in Holst's The Planets, ffff occurs twice in "Mars" and once in "Uranus”, often punctuated by organ.  Igor Stravinskyused ffff at the end of the finale of the 1919 Firebird Suite.  Tchaikovsky uses ffff in passages of 1812 Overture and the Fifth Symphony.