On the 3rd of March 2020, PT sent me a recording of a classical piece being played 10 minutes after the installation of the Thales Extreme Exquisite cartridge.  I was very much impressed by the sudden improvement in resolution.  Before I could even speed type my comments, PT wrote “But the most exciting for you is another matter. I will unveil it in a few days.”   PT being PT, left me with the Thales EE singing in my head and my subconscious asking what will be more exciting than this?  I kept my cool and spent the next few days speculating.

As an owner of the 1200mkIII and my previous conversation with Yamada-san, this came as a surprise.  I was told in 2018 that technology from the Jinpu will flow downstream to an upgraded 1200mkIV.  Secretively, I have always loved what the Jinpu has done for the Divin Lab and the room at the AE Shows.  But what Yamada-san has done this time is extraordinary.

Zanden owners are well aware of the 5 curve settings available on the lastest phonostages.  Love it or hate it, it allows phono equalization selection based on the record label.  This would be applicable to earlier records before the standardization to RIAA equalization.

There are so many variables that influence the reproduction of music through LPs.  The ultimate goal is to be able to match the vinyl cutting machine (equalization, cutter heads, stability of the disc cutting lathes, turntable and motor stability, velocity constants, amplification etc) to that of our turntable, cartridge and phonostage.  Highly technical, I do not want to fall into the Dunning-Kruger effect as this is far beyond my technical know-how.  The more similar the vinyl cutting machine is to our setup, the closer we shall be to what was intended by the audio engineers.

Over time, only two cutter heads survived.  These were the Neumann and Westrex.  Continental divides meant that different recording houses, used different cutting heads which ultimately added another variable to the preexisting phono-equalization curves.

So, this gave birth to the Zanden 1200 Signature stereo phonostage.  Five phono-equalization curves culminated into 8.  They are not new curves.  The Zanden 1200mkIII were all set in accordance to the Neumann cutting head which has a higher frequency, 4th time constant.  The Signature on the other hand allows the option for a lower frequency, 4th time constant on the EMI, Columbia and Decca equalization curves.  This can be seen on the curve dials as t/c (off = high frequency, (Neumann), on = low frequency, (Westrex)). This was appealing to me as my quest for LPs have skewed towards Japanese LPs over the pass 5 years.  There was just something right about how they sounded through my turntable, cartridge and 1200mkIII.  The truth prevailed and that was because most Japanese LPs were cut using the Neumann cutting head.  Having the option to match the Westrex cutting head used in America, UK and Europe, opened my horizons.  Could this be the missing link for all my non Japanese pressed LPs?

“You will take action, immediately”

PT has a way with words and I am sucker when it comes to Yamada-san’s phonostage.  When the Jinpu was born, my heart sank as the divide between highend and uber became apparent.  Secretively, I wanted one but even in never neverland, this wish was unattainable.  Til the 1200 Signature came…

“Yamada san says this concludes everything he knows about phono amplification for his entire life.”  Fully balanced, fixed impedence LCR equalization circuit.  Push pull tube circuit with 6 amplification tube as opposed to 5 in the mkIII.  The Signature uses higher quality transformers.  The power transformer was replaced from the R-core to the Finemet-core to further remove/lower the noise levels (similar to the Jinpu).

SO, bridging the divide between LP cutting machine and my playback gear at home, improving the electrical circuitry similar to that of the Jinpu and fully balanced?!!!  I was afraid to say it, but PT was right, “you will take action, immediately.”

Covid 19 affected everyone but spirits were high in the forum.  Work continued…. And eventually the music played. 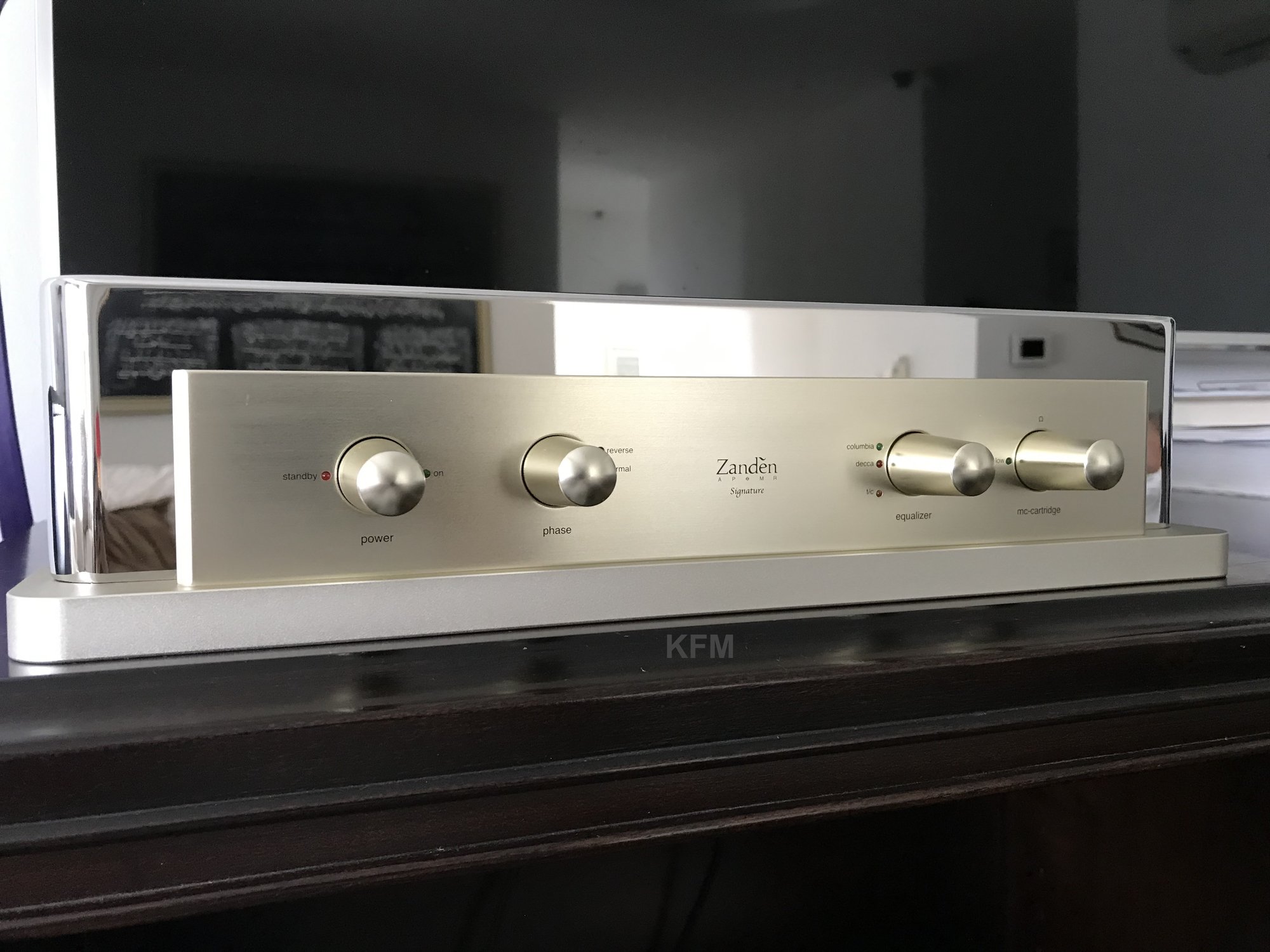 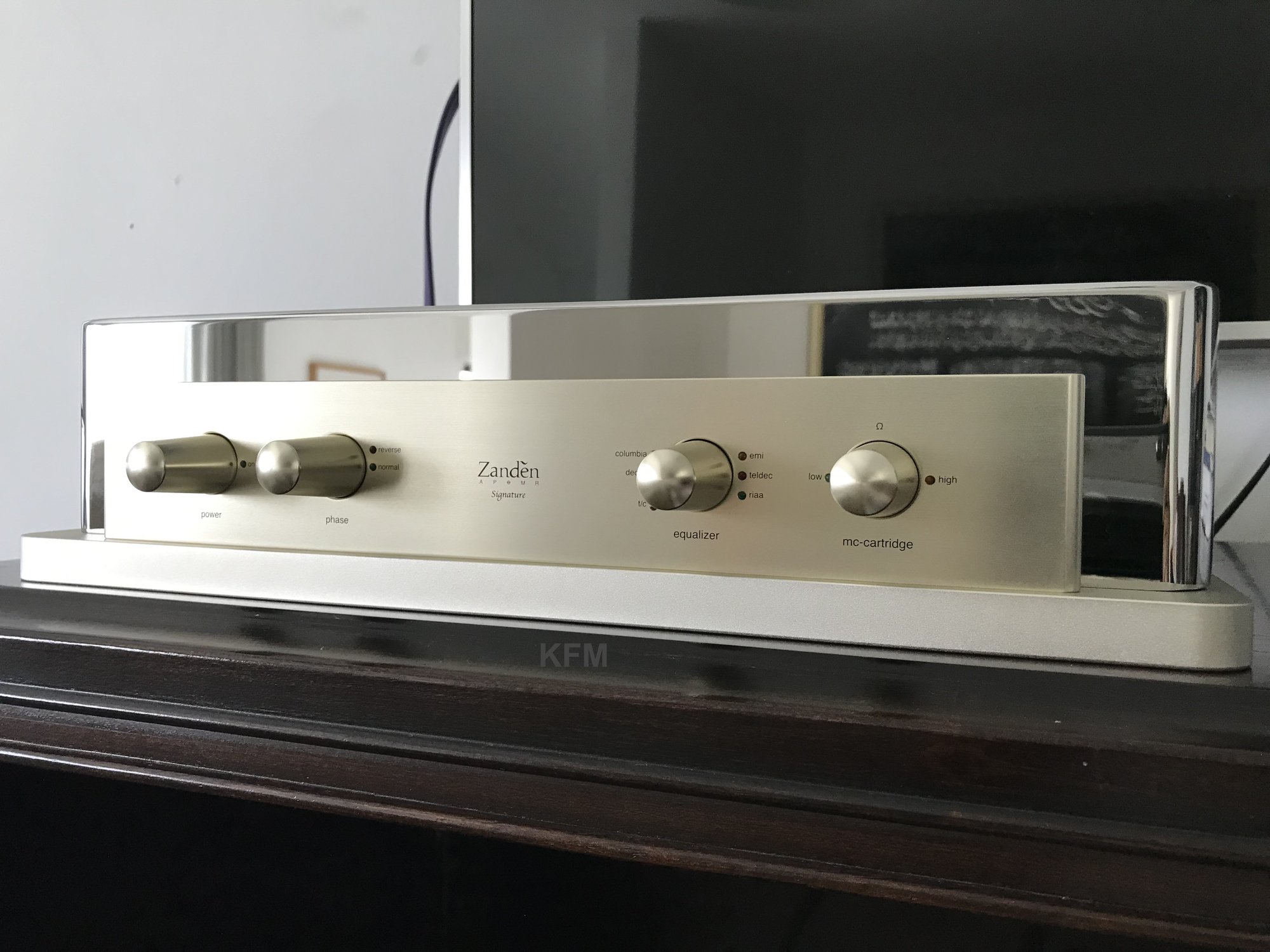 Without a doubt, a Zanden... 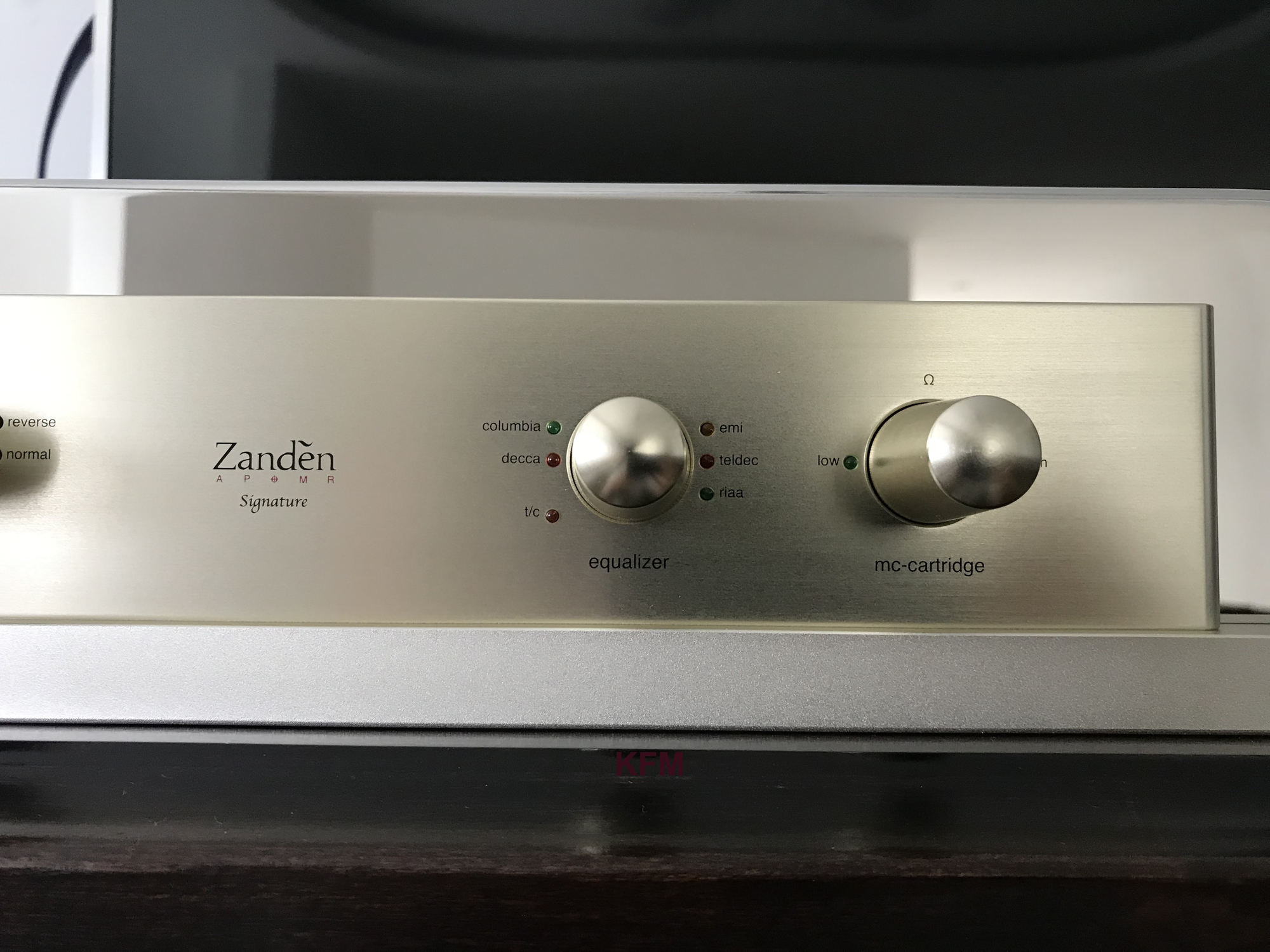 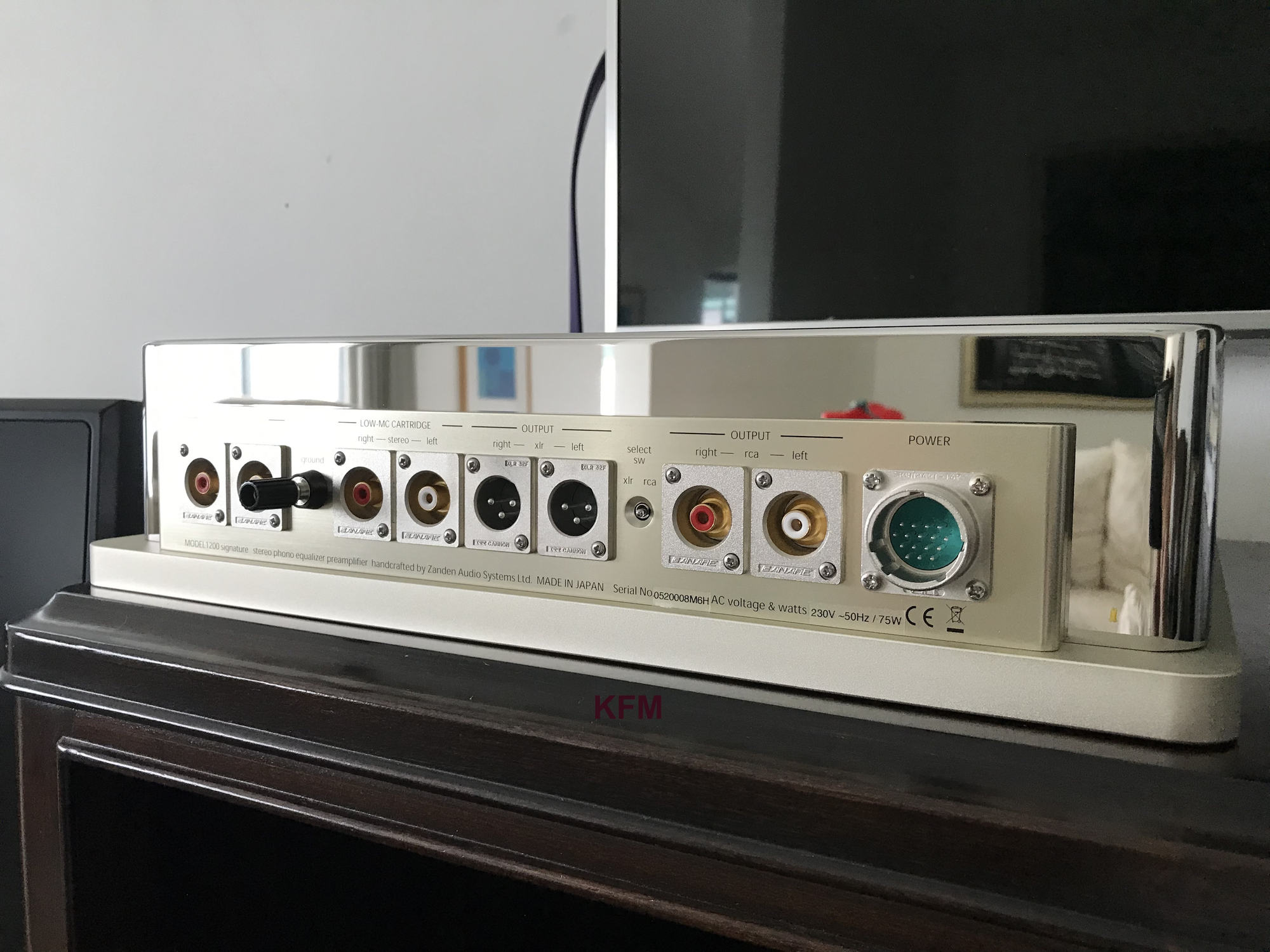 The back includes the option of balance and single ended connections via a switch. 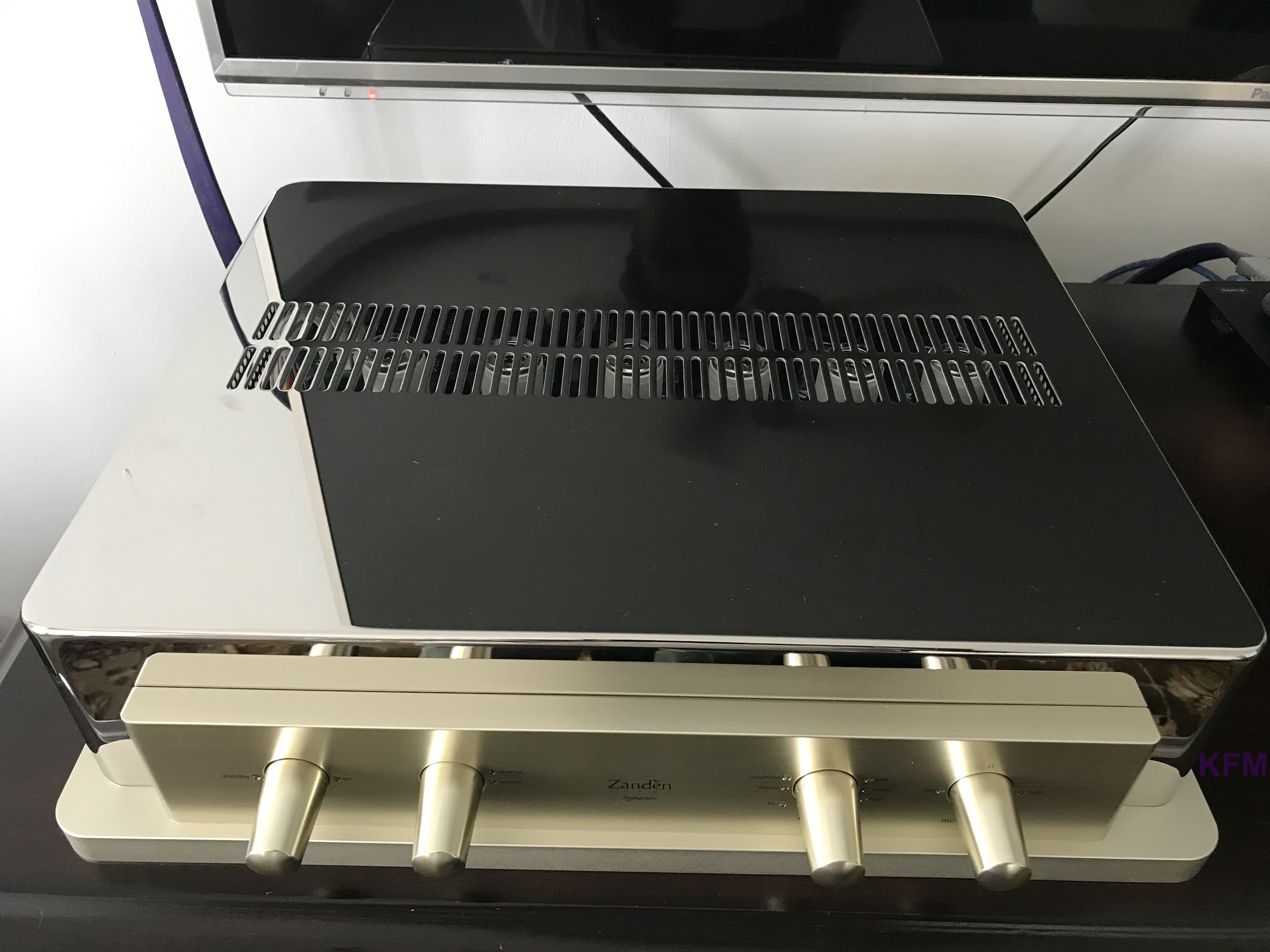 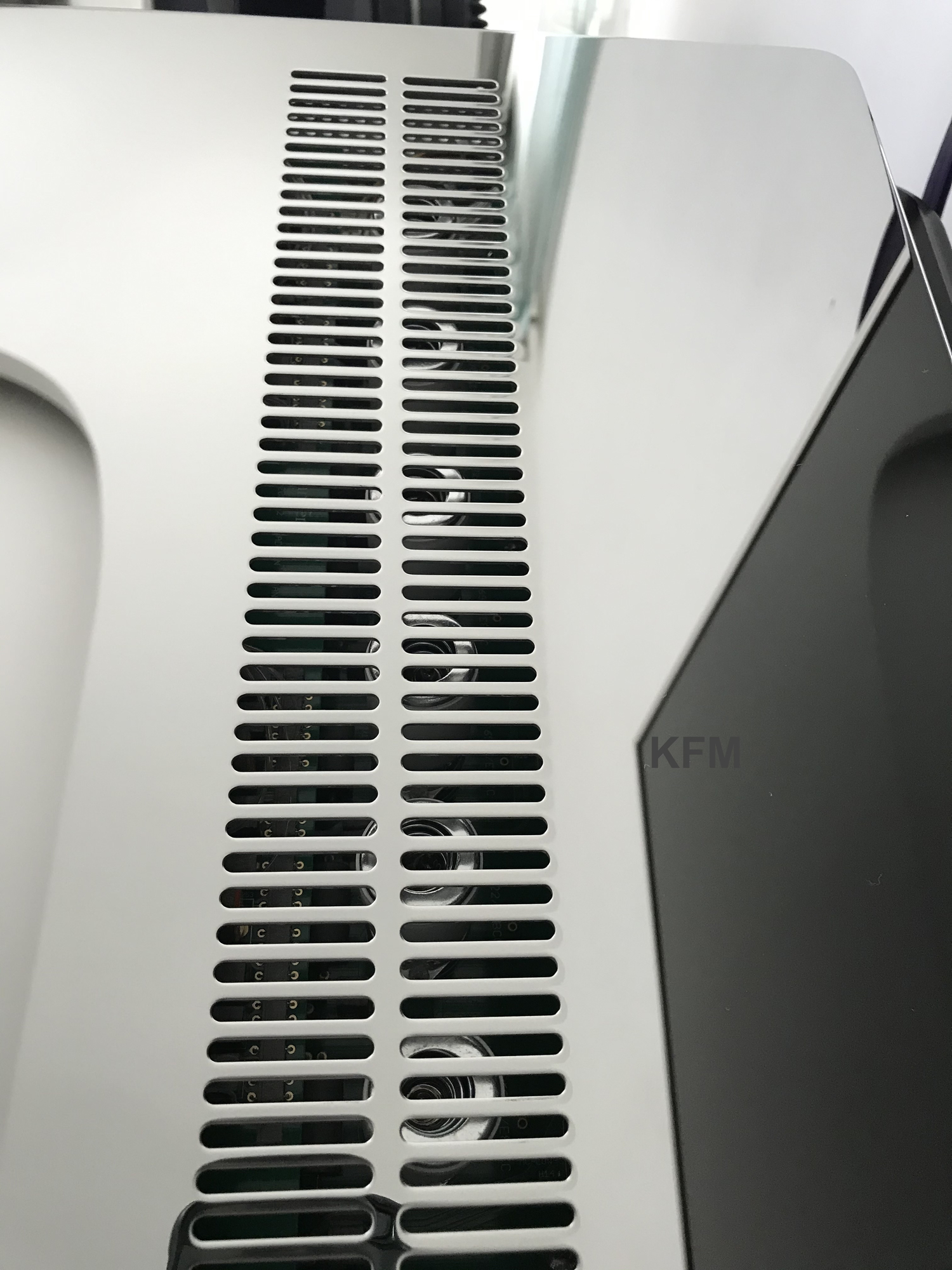 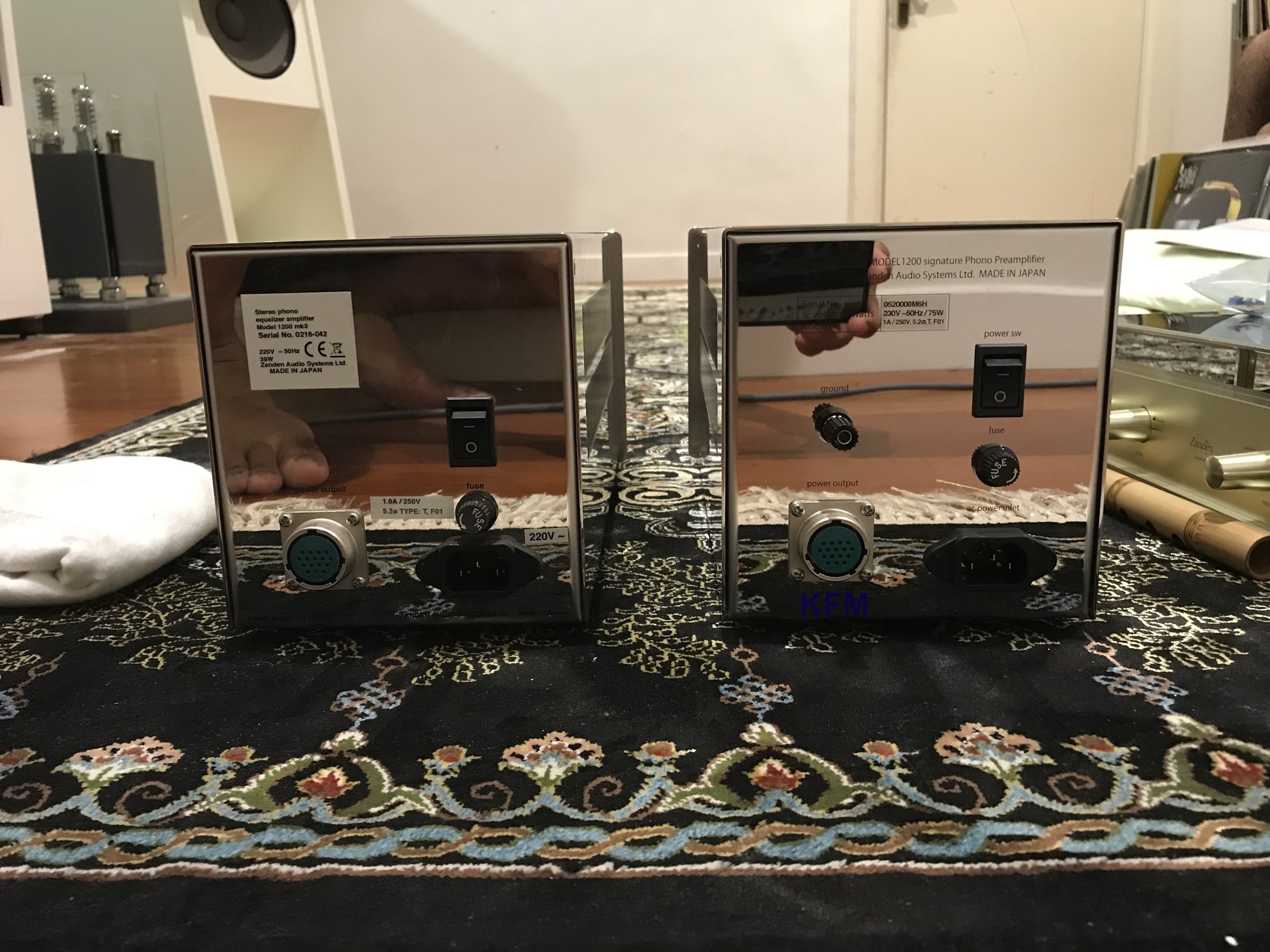 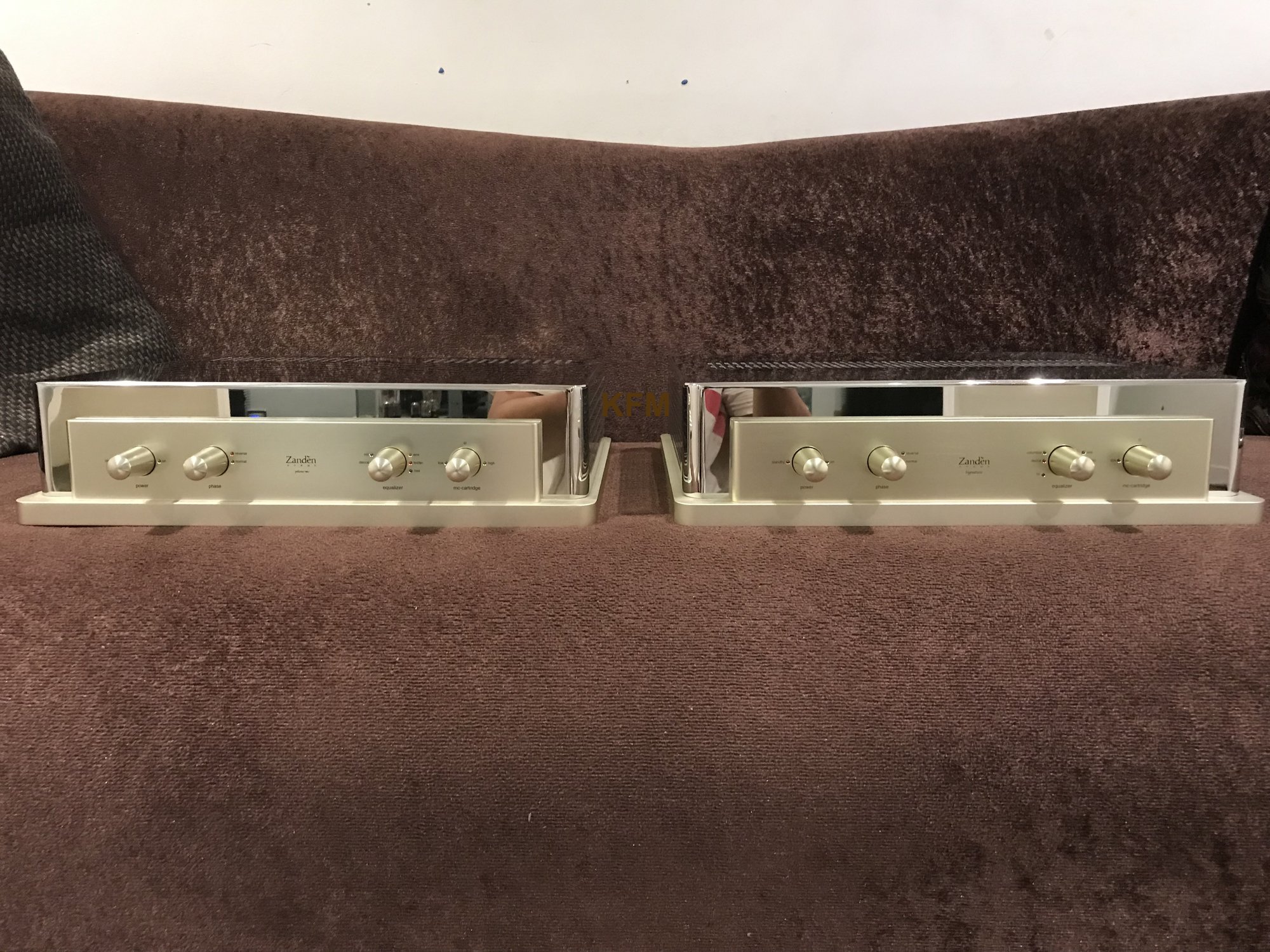 So similar yet so different! 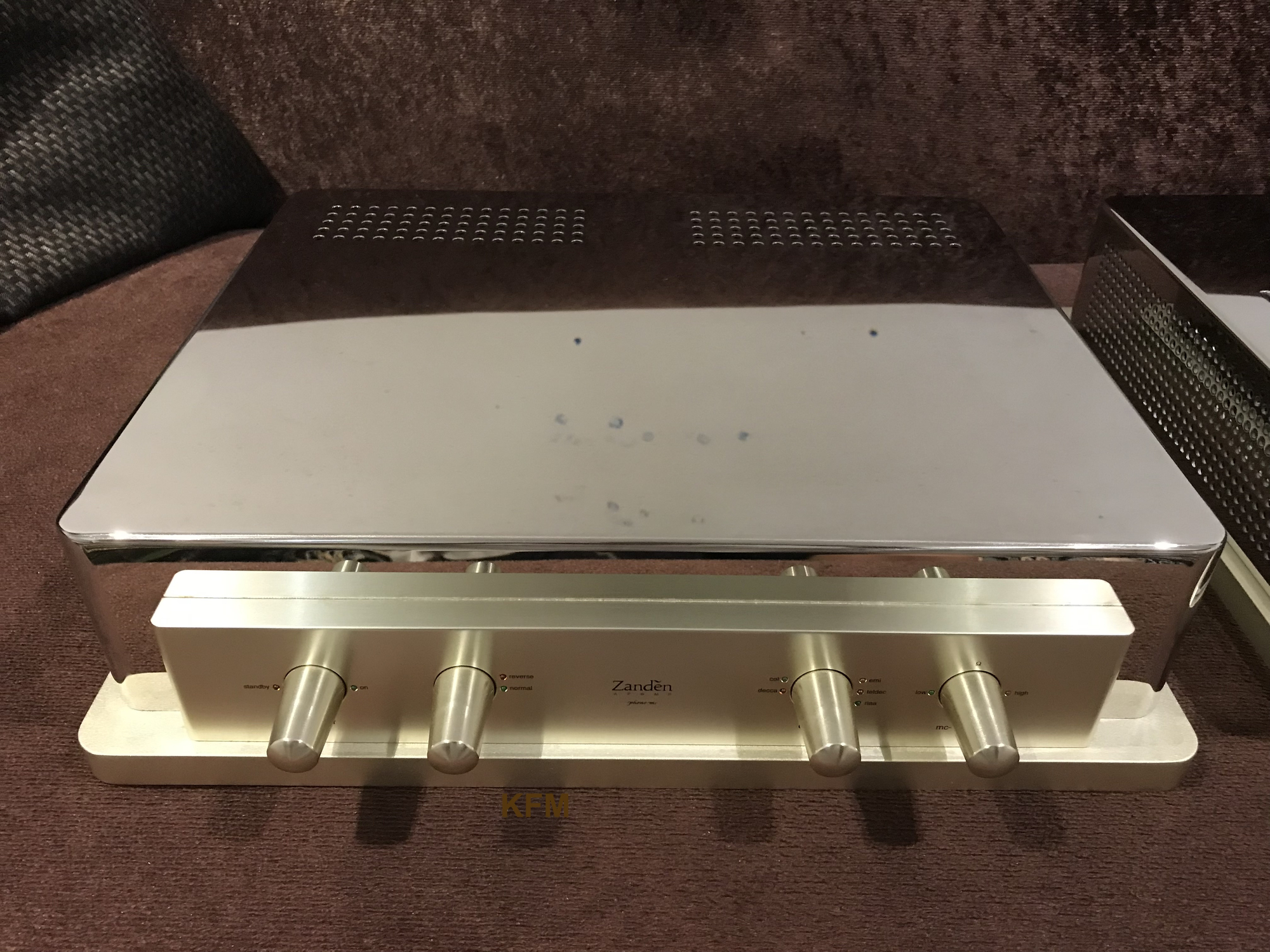 Smaller vents in the Zanden 1200 mkIII. 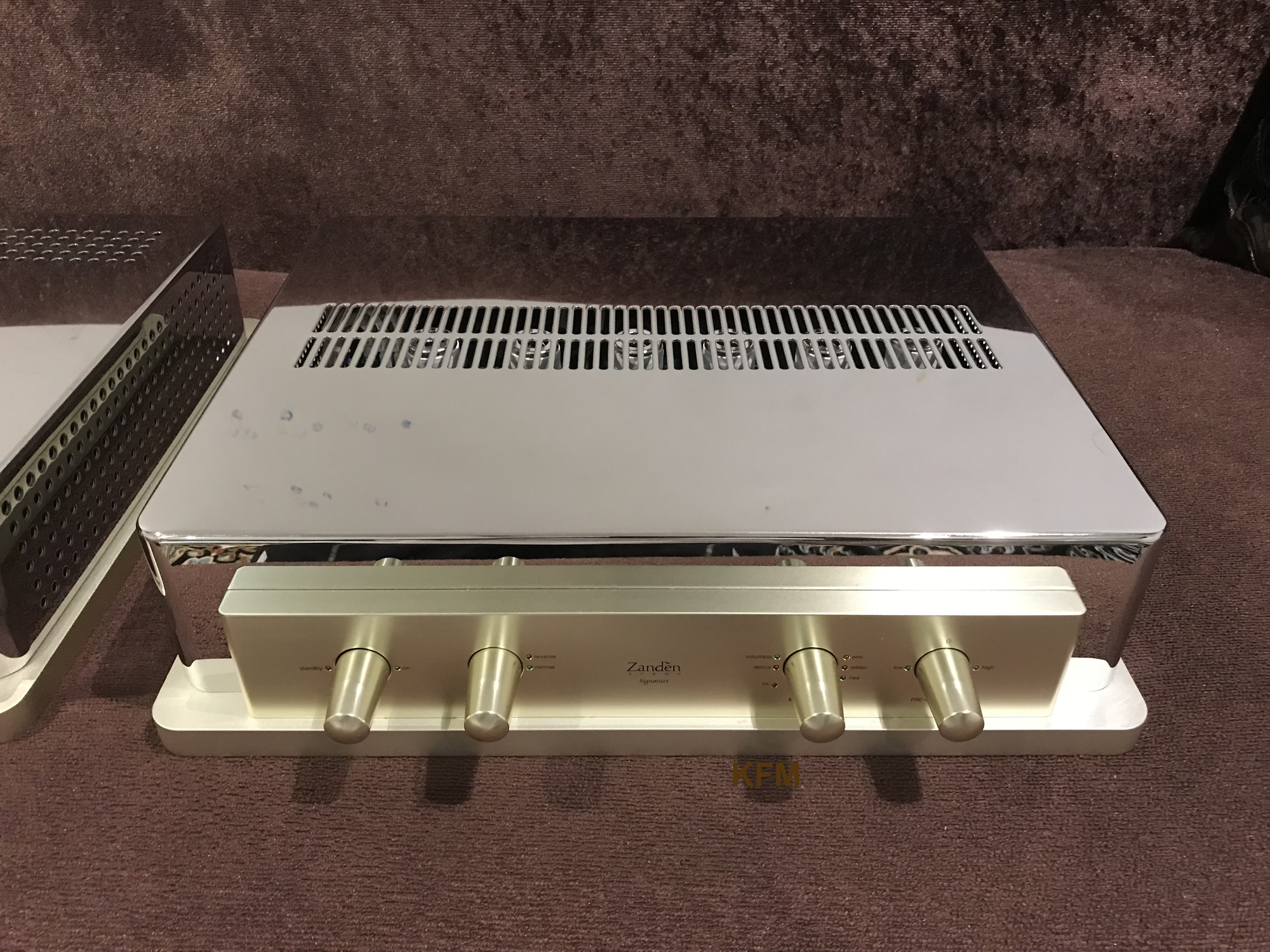 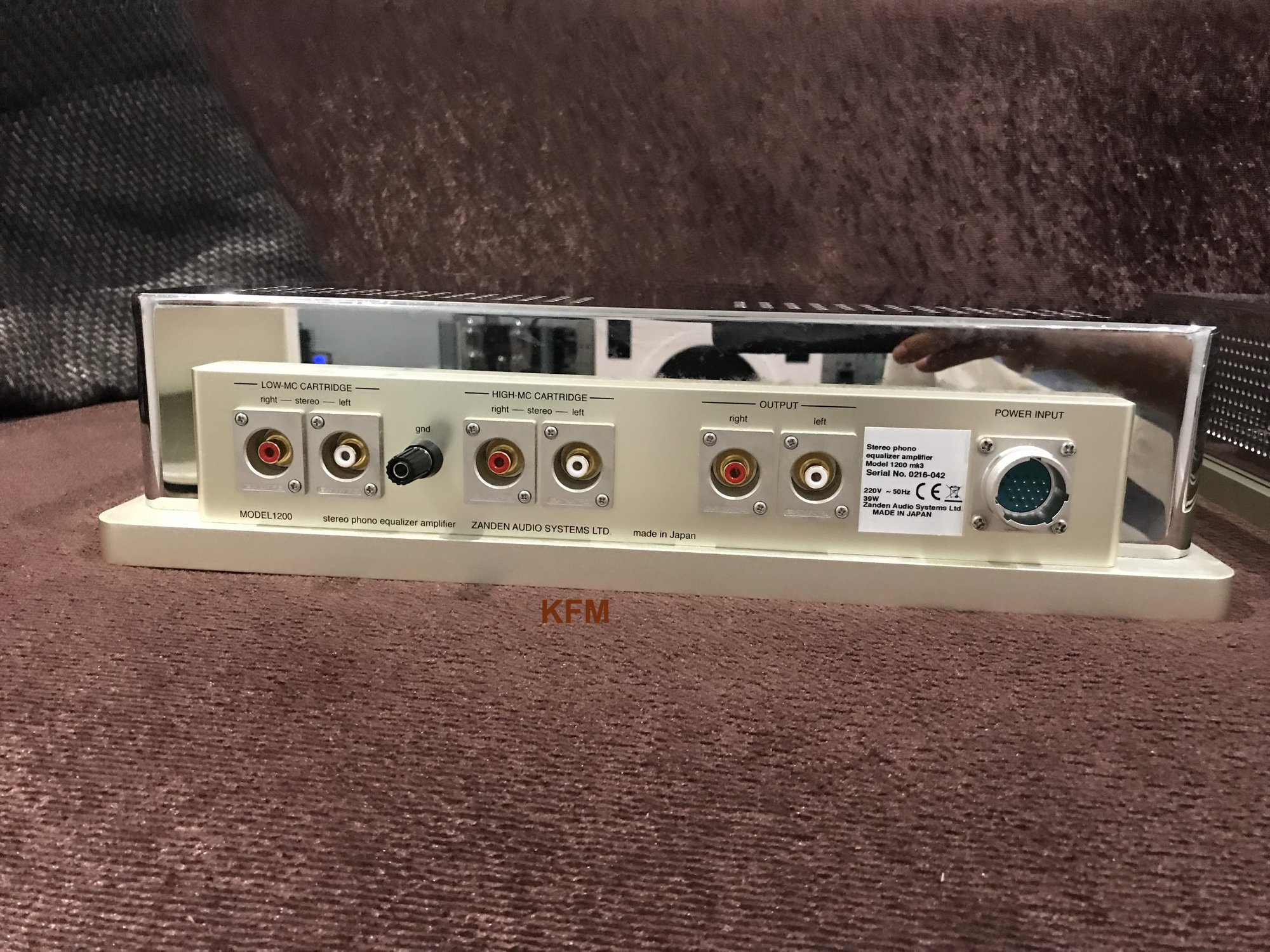 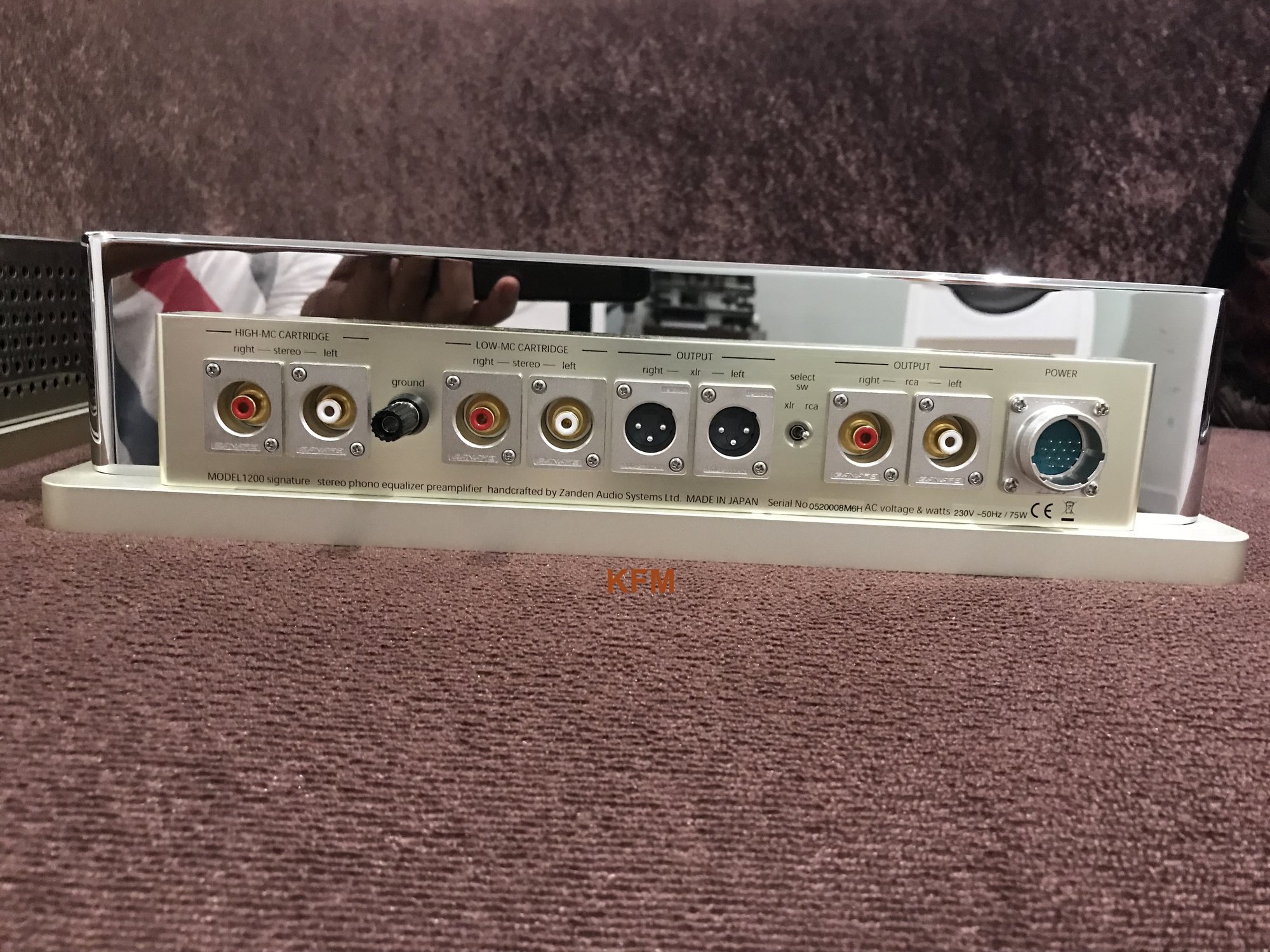 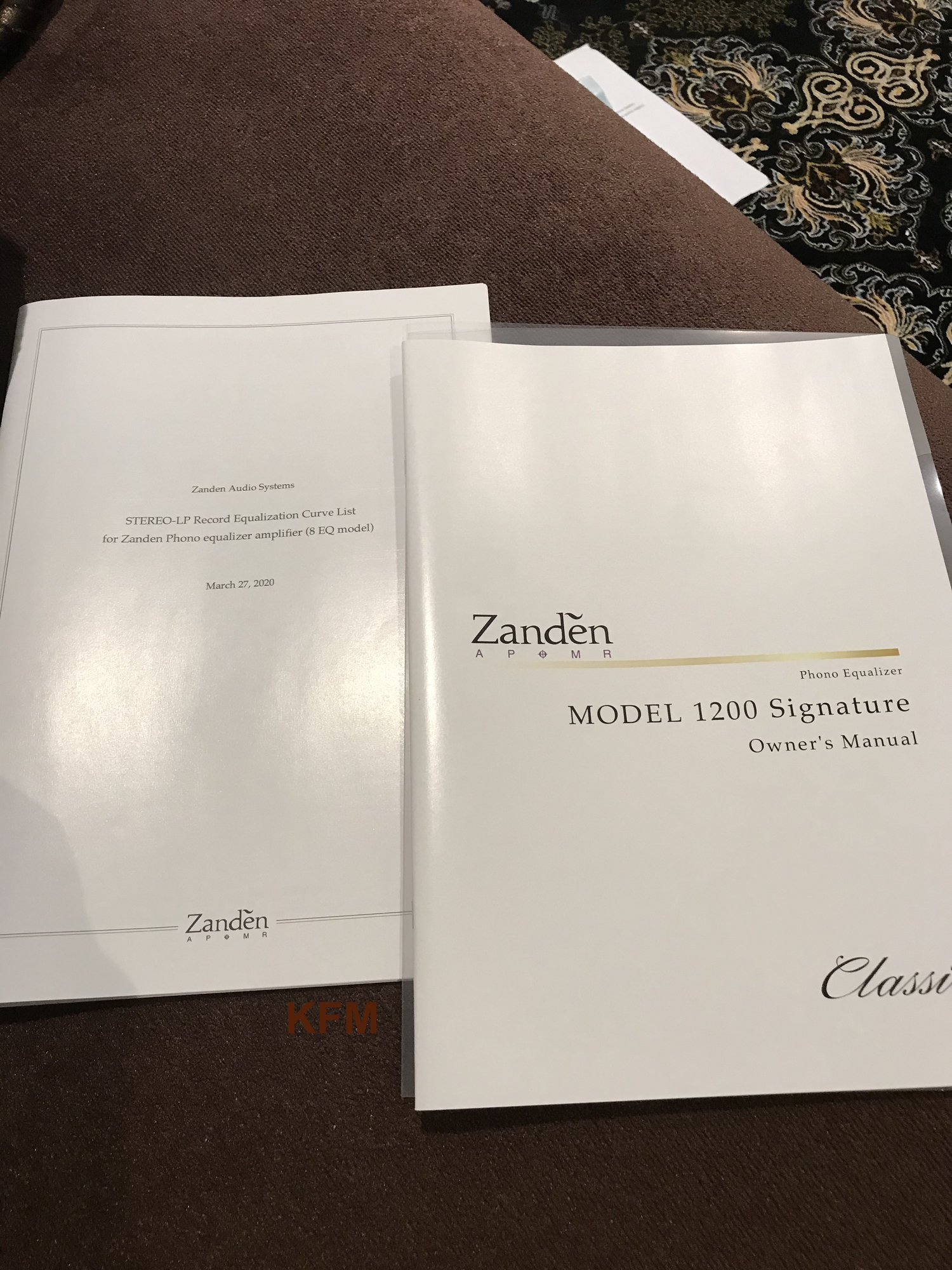