Life is a series of of events which include blessings and challenges and they usually run concurrently. For instance, today, Tokyo saw its first November snow in 54 years (kids will be excited) but this caused disruption to the traffic.

Although my system sound continues to improve  at a very gradual pace in last few months through acoustic tweaking, recently, I suffer from ringing in my ears which forces me to stop listening for a day or two. This experience has taught me not to take even life's smallest things for granted. Some folks I know love hoarding cash/money and some dump it like dirt without putting it into good use. I often remind myself a passage many of you must have heard somewhere "For we brought nothing into the world, and we can take nothing out of it". Life is about living in the moment as we, mere mortals, do not know what tomorrow will bring.

PT recently WhatsApp me recently when Zanden's super phono-amp finally arrived and said I should come over to have a  listen to this latest masterpiece of Yamada-san before it is delivered to his special client. Without any hesitation, I went to AE showroom to pay homage to the world's only full suite of Zanden top-of-line electronics driving the familiar Cessaro Carmen front-loaded horns. 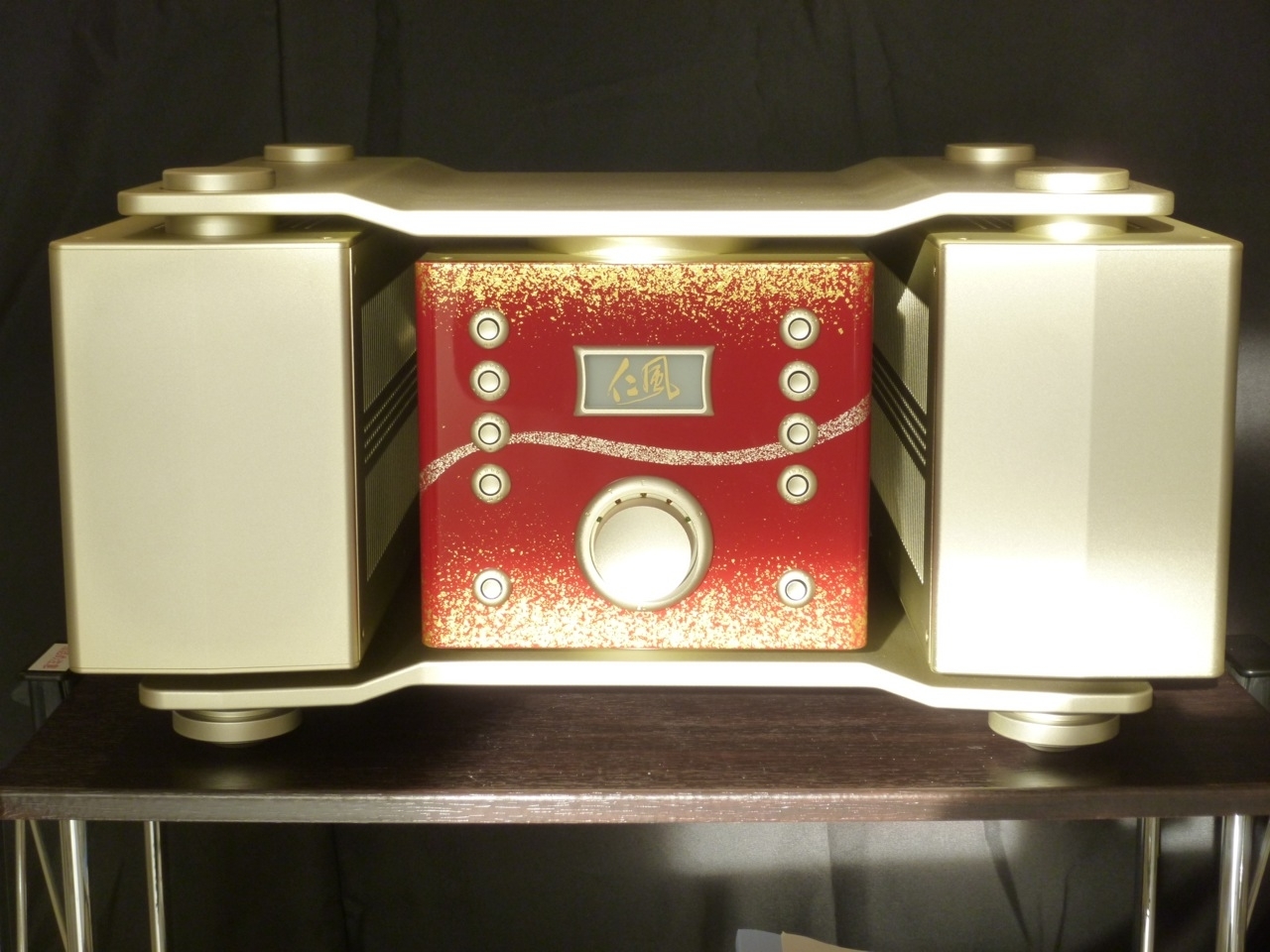 As usual, the first impression after listening to a couple of LPs from PT's collection wasn't to my liking but I was quiet. PT asked me to give the records I had brought a quick spin, so I asked him to play my reference 'Warm Your Heart'. I requested for the 2nd track with setting on Columbia curve and on reverse phase. After 15 seconds of listening, I said to myself PT did not get his system tuning correctly. He then got impatient by my sound of silence and asked for my feedback, I replied in a polite manner and said although I recognise the vocal is Aron Neville, somehow it did not quite sound quite like him.

It's been quite some time since I last visited the showroom but I can remember vividly the sound of its last system and I haven't the faintest idea what changes he had made during all this time. He then changed grounding cable as well as the positioning, the sound improved but both Azzurri and I concurred the bass was lacking. PT removed the platform placed on top of the Emperor where Jinpu is sitting upon (this is probably the least advantageous location in my opinion), the harshness was removed and bass is fuller and is more impactful but now we can hear noise and hum.......  The moral of this is high-end system is never a plug and play hobby if you have normal hearing ability.

PT finally decided he needed to do more and removed the Pranawire Linebacker from the Wadex and connected it to Jinpu, Bob's your uncle, we were satisfied and then we proceeded to more serious listening. Later that day, PT sent me an audio message Master Chik came in the afternoon and reinstated the original setting but made minor change to the crossover frequency of the Carmen and the system was singing beautifully, that was the Saturday 2 weeks ago.

Last Thursday, PT WhatsApp me a group of super audiophiles from Slovenia is currently auditioning the system and later on he messaged me again that they were mightily impressed and said everything they read in the forum about how good the sound is true.

I then asked PT if the Jinpu will still be there on Sat so that I get to hear it again under proper setting. I returned to AE last Sat after lunch and PT was spinning the Japanese record we listened to last time, immediately, it sounded better than the previous demo, it had perfect balance. Without further ado, he asked me to play my records. I quickly asked him to place the tone arm on track 2 of Aron Neville's "Warm Your Heart". Wow, all the slight reservations in my last visit were gone. I handed him one LP after the another to confirm what I am hearing is true.

Okay, let me give my verdict on Jinpu before I explain in detail why. Everyone should know by now my listening choice for hi-fi equipments are Zanden electronics, its top-of-the-line pre-amp Chukoh is the best I have heard, the power amp Choku is also the best among many of  of high end brands I have listened to and the Jinpu is no exception. However, I would like to elaborate a little more here, if all these 3 products are the world's best when compared to its global peers, how would you rate them "individually". Remember in my last write up on Chukoh in December 2015, if I were to choose either Choku or Chukoh, then I would pick the latter. If you ask me this time to choose only one of the 3 products, I would opt for Jinpu. If they were to compete in the hi-end Olympics, Jinpu will get my gold medal, Chukoh the silver n last but not the least, the bronze will be awarded to Choku.

With this ranking in mind, then I will confidently say Jinpu will get my gold medal award if it were to run against other world-class phono amps, if you are as biased as me, you can award ratings of the 2 similar products that AE stocks and I am sure they run well ahead of their competitors on the hi-end audio sports ground.